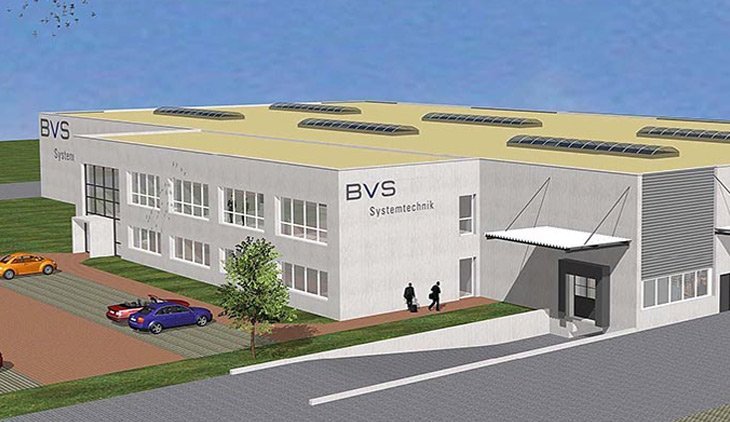 After a prosperous year 2016 BVS Blechtechnik in Böblingen steps on and assures success for the future. That means to expand with customers and to increase capacity. Thus BVS Blechtechnik GmbH and family Steiner formed the subsidiary BVS Systemtechnik GmbH in Schwerin in the end of February. Mostly airseat assemblies will be produced in strategic partnership with the airseat manufacturer ZIM. Beside this core area the affiliated company in Schwerin will focus on small batch series of sheet metal products as well as on new orders in Northern Germany.

In the industrial area of Schwerin an employment of 20 to 25 new staff is planned, which will realize customer specific sheet metal goods on one punch laser machine, two bending machines and in the assembly shop. In addition to this the processes deburring, grinding, welding and riveting/ grout injection will be covered on a production and storage area of 3.000 m².
The ground-breaking ceremony for the new building will take place in summer 2017, the start of production is already planned for April 2018. Just a few meters away from the plot of BVS Systemtechnik, ZIM Flugsitz inaugurated a new production hall in March, whose rising sales will be served prospective directly with center consoles by BVS Systemtechnik in Schwerin.

The business development of the German state Mecklenburg-Vorpommern makes the investment of around eight millions of euros easier to BVS Systemtechnik and even so the extension of the local economic area. Moreover the location economies of best infrastructure closed to Hamburg and well skilled personnel convinced the decider of BVS Blechtechnik.
“There are numerous of new projects about to be launched, which make us optimistic for the planned intention in Schwerin as well as in Böblingen”, emphasised Harald Steiner. The construction of the new site enables the BVS companies a wider base for new orders and an increase of production capacity of individual sheet metal components. With BVS Systemtechnik as a subcontractor the BVS Group consolidates its market position, strengthens customer relations and continues the longtime BVS success story.